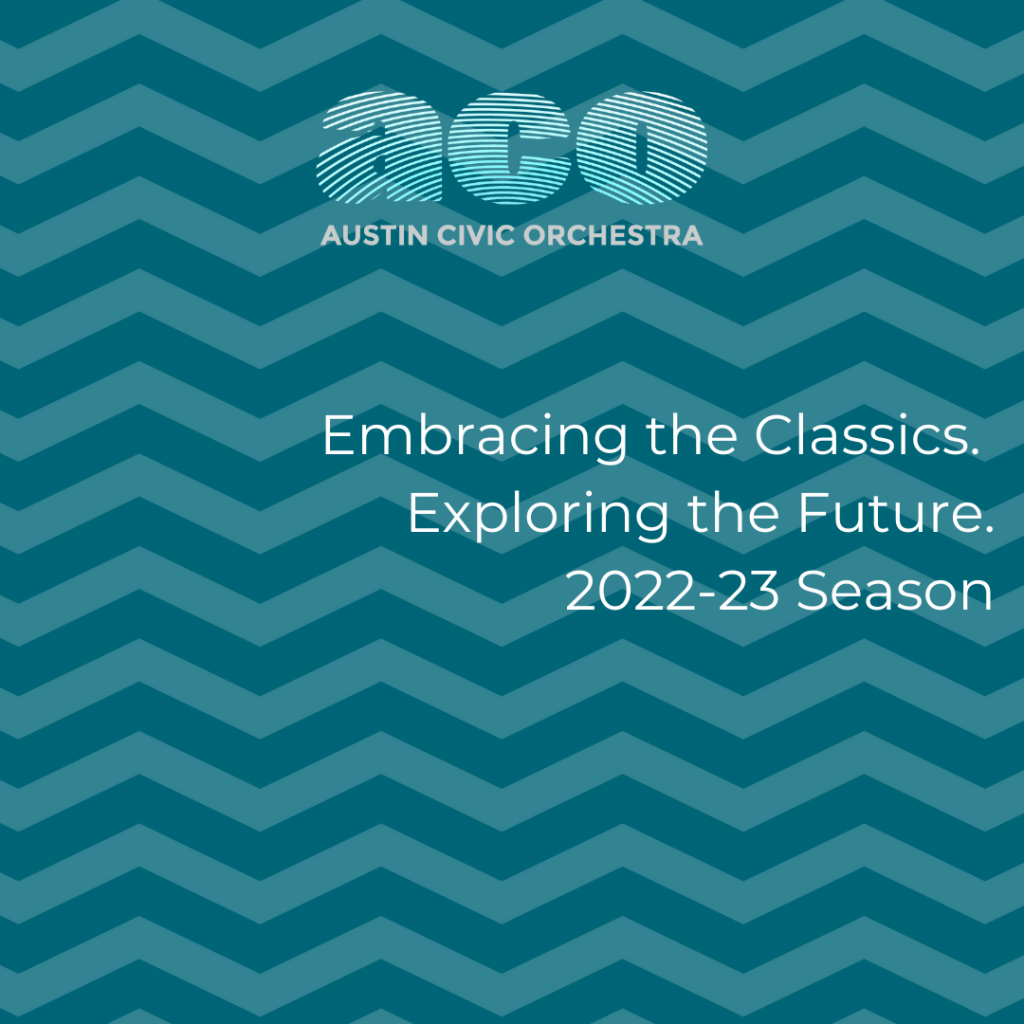 During the 2022-2023 concert season, the ACO will continue to embrace the classics as well as explore the future. Music Director Dr. Lois Ferrari believes that in order for classical music to truly realize its potential as a relevant and important art form it must embrace its future as much as its past. With this in mind, the ACO will maintain its commitment to experiment with programming that presents beloved classics alongside new and/or eclectic works, some of which might be considered off-beat, cross-genre, or even radical. We also plan to continue to offer pre-concert talks as well as Golden Tickets which afford audience members the opportunity to join the orchestra on stage during a performance.

This season begins an earnest effort to include more works by underrepresent composers. Each concert will feature guest soloists and
one or more pieces of music which speak to this effort in some way.

Join us at 7:30 p.m. on October 1 at the Rollins Studio Theatre in the Long Center for the Performing Arts for our first concert, Parts of the Whole.