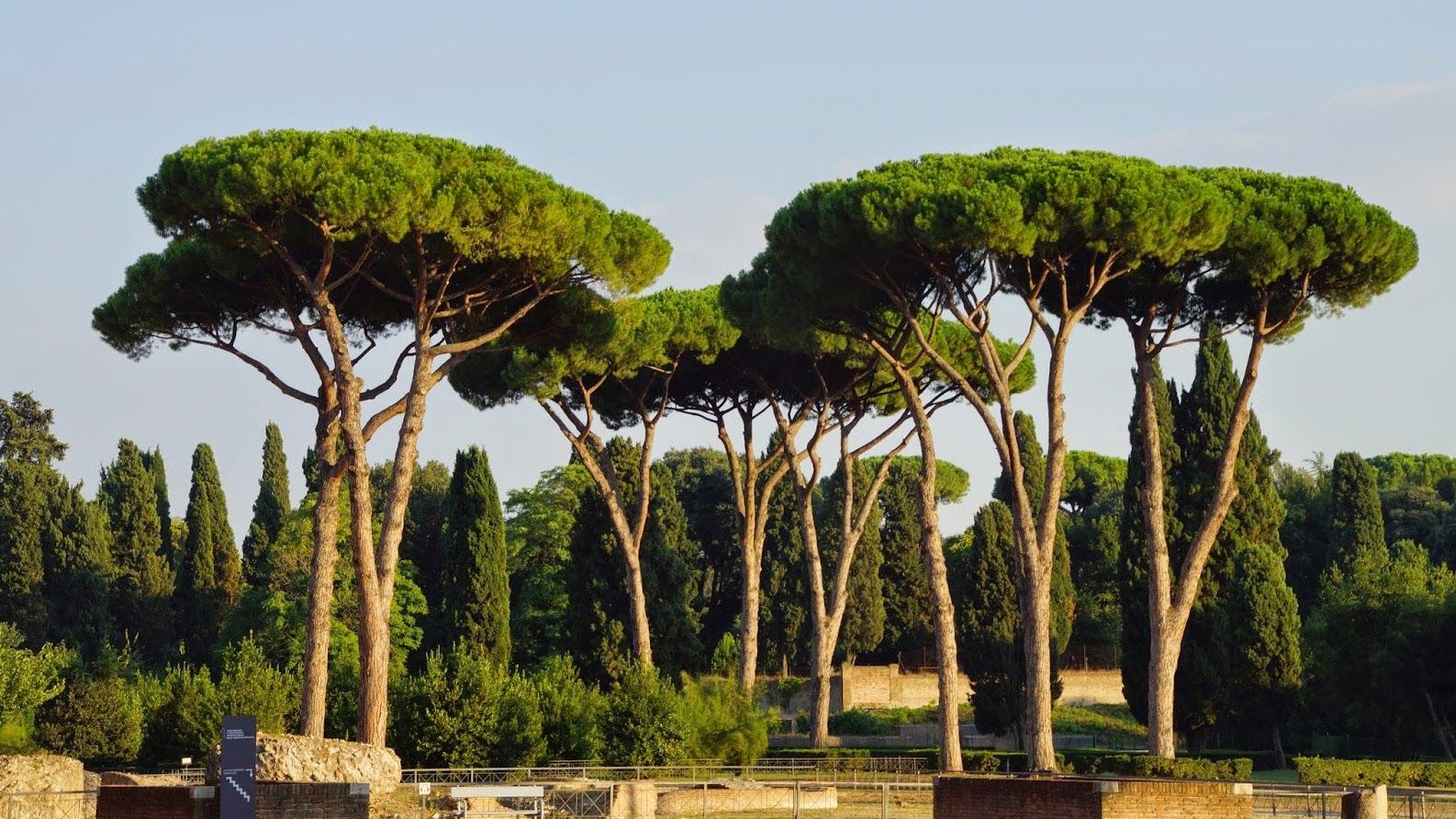 Notes on Pines of Rome by Ottorino Respighi

Pines of Rome is a tone poem – piece of orchestral music that is a musical representation of places in Italy. It is in four movements.

Ottorino Respighi lived from the end of the 1800s until 1936. He was an Italian composer, violinist, and teacher. He wrote quite a bit of music – operas, ballets, orchestral suites, songs for choirs, and chamber music. He is best known for three tone poems: Fountains of Rome, Pines of Rome and Roman Festivals – all written about 100 years ago.

The music from Pines of Rome has been used in films, movies, albums, and marching band shows. In the movie, Fantasia 2000 nearly all of the music in Pines of Rome is featured.

Respighi was a musician from a very young age when he started playing piano and violin. While in school, along with the violin, he started playing the viola and writing music. He lived for a while in Russia, studying with great composters, but returned to Rome to be a professor at the state music school in Italy. Towards the end of his life, he stared to tour and play for people around the U.S. and South America. He died at age 56 of a heart infection. Elsa, Respighi’s wife, who was 15 years younger, spent the rest of her life (nearly 60 years) championing her late husband’s works until she died only 26 years ago.

Pines of Rome has four movements.

The Pines of the Villa Borghese (3 minutes)

This movement portrays children playing by the pine trees in the Villa Borghese gardens, dancing the Italian equivalent of the nursery rhyme “Ring Around the Rosie” and “mimicking marching soldiers and battles; twittering and shrieking like swallows”. Respighi’s wife Elsa recalled a moment in late 1920, when Respighi asked her to sing the melodies of songs that she sang while playing in the gardens as a child as he transcribed them, and found he had incorporated the tunes in the first movement.

The Pines Near a Catacomb (7 minutes)

In the second movement, the children suddenly disappear and shadows of pine trees that overhang the entrance of a Roman catacomb (underground burial place) dominates. It is a majestic dirge (slow funeral march), conjuring up the picture of a solitary chapel in deserted area; open land, with a few pine trees silhouetted against the sky. A hymn is heard, the sound rising and sinking again into some sort of catacomb, the cavern in which the dead are immured. An offstage trumpet plays a hymn. Lower orchestral instruments, plus the organ pedal at a low pitch, suggest the subterranean nature of the catacombs, while the trombones and horns represent priests chanting.

The Pines of the Janiculum (6.5 minutes)

The third movement is a night time piece, set on the Janiculum hill and a full moon shining on the pines that grow on it. The clarinet solo at the beginning is to be played as if in a dream.  The movement is known for the sound of a nightingale that Respighi requested to be played on a record player towards the end of the movement. This was considered innovative for its time and the first such use of electronic music.

The Pines of the Appian Way (~5 minutes)

Respighi recalls the past glories of the Roman empire in a representation of dawn on the great military road leading into Rome. The final movement portrays pine trees along the Appian Way In the misty dawn, as a triumphant legion advances along the road in the brilliance of the newly-rising sun. Respighi wanted the ground to tremble under the footsteps of his army and he instructs the organ to play very low notes on the organ pedals. The score calls for ancient circular trumpets that are usually represented by modern flugelhorns, and which are sometimes partially played offstage. Trumpets peal and the consular army rises in triumph to the Capitoline Hill.

Objective: The students will listen to a movement quietly at the beginning of school or after an outside activity or period.

Lesson Suggestion: This is ideal quiet time, relaxation-type music. Students can listen to a movement of this symphony quietly at their desks. This increases their listening skills and gives them a chance to set their imaginations free to wander in response to the music.

Objective: Students respond to the music and share their impressions of what lies behind the music.

Lesson Suggestion: Play the music and facilitate a discussion regarding “How does it move?…What three words describe the first movement?…” ” “How does the music make you feel?”.